35
Astroworld@pintas.com
800-234-6111
Thank You For Submitting Your Information
1
Astroworld Claims

You May Have A Case!
Based on the information you provided to us, it appears that our experienced lawyers may be able to help you! Click the button below to sign a contract with us:
Sign Up Now

On Friday, November 5th, 2021, at the onset of the headlining performance of the Astroworld music festival: Travis Scott, there was a massive crowd surge that left at least 8 people dead and more than 20 other hospitalized. 11 of them were in cardiac arrest. 300 people were injured and treated at the field hospital onsite.

If you saw the crowd surge at Travis Scott's Astroworld performance, contact us to discuss your legal options

Travis Scott's Concerts Have A History of Chaotic Crowds

The first Astroworld music festival happened in 2018 to promote Travis Scott's album of the same name. Since then, his concerts have become associated with elaborate stage design and wild audience behavior: 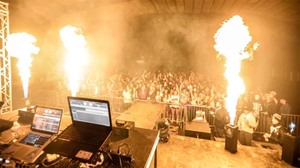 According to the New York Post, Houston Police Chief Troy Finner reportedly voiced concerns about the crowd to Travis Scott prior to the show

At least one attendee of the event is suing Mr. Scott and the event’s promoters: Live Nation and ScoreMore, alleging that the tragedy was “predictable and preventable."

Travis Scott's Concerts Have A History of Chaotic Crowds

The Organizers of The Event Could Have Prevented The Tragedy

The deadly crowd surge was a direct result of the gross negligence of the promoters and persons involved with creating Astroworld . According to concert-safety consultant Paul Wertheimer, who has decades of experience in his field, “(This crowd surge) was preventable. The crowd was allowed to get too dense and was not managed properly ... The fans were the victims of an environment in which they could not control.”

Wertheimer continued: "as long as promoters, artists, security, venue, operators and city officials who approved these plans are not held criminally liable — this is going to drone on.”

This type of tragedy is far from unprecedented:

Crowd -safety measures have improved significantly since then. At Coachella, the main stage pitch is separated into grids by large, iron barriers. This prevents large crowds from getting out of control. This is the type of precaution that the organizers of Astroworld failed to implement.

The Organizers of The Event Could Have Prevented The Tragedy

Those in charge of Astroworld Festival must be held accountable for failing to protect its attendees. They could have put safety measure in place that would have reduced the risk of a devastating and deadly crowd surge.

If you or a loved one witnessed the crowd surge at Astroworld, you may be entitled to significant compensation.

© Copyright P&M Law Firm PR, LLC. All Rights Reserved. Pintas & Mullins represents clients in every state. THIS IS AN ADVERTISEMENT. Hiring an attorney is a serious matter and should not be based solely upon advertising. An attorney-client relationship is not created when you call or submit a web form. Past performance is no guarantee of future results. Prior results do not guarantee a similar outcome. Results will depend on the facts and all factors involved in a particular case. In the absence of recovery, client is NOT liable for attorney fees. Pintas & Mullins Law Firm PR, LLC is a law firm located at 250 Ave. Luis Muñoz Rivera, Suite 300, San Juan, PR 00918. William Pintas and Laura Mullins are licensed in Illinois and will maintain professional responsibility on accepted cases even when they may partner with firms in other states where licensing may be required. Not available in all states.